The Paradise Papers and Taxes on Offshore Accounts 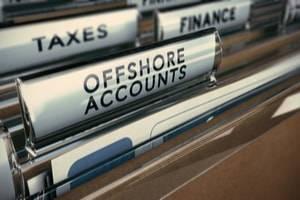 In 2016, the release of the “Panama Papers” sent shockwaves through the financial world, exposing the methods that many wealthy individuals and corporations use to avoid paying taxes. This issue has received additional scrutiny recently due to the release of new documents, known as the “Paradise Papers,” which have revealed more details about how trillions of dollars are transferred through offshore tax havens.

The Paradise Papers include more than 13 million documents, most of them related to Appleby, a company with headquarters in Bermuda that helps its clients pay less taxes by moving money into offshore accounts. The financial dealings of a number of prominent people and entities were brought to light by this release, including companies like Apple and Facebook, celebrities like Madonna and Bono, and public figures like Queen Elizabeth II and U.S. Commerce Secretary Wilbur Ross.

The release of the Paradise Papers has brought a great deal of scrutiny to offshore accounts held by U.S. taxpayers, and the IRS will be investigating foreign income and investments, especially in locations such as the Cayman Islands, Bermuda, the Bahamas, Barbados, Jersey, Guernsey, Switzerland, and Hong Kong.

To avoid incurring tax penalties for misreporting foreign income or assets, taxpayers should participate in the IRS’s Offshore Voluntary Disclosure Program (OVDP). This program allows taxpayers to become compliant with their tax requirements and avoid civil penalties and criminal prosecution.

Taxpayers participating in the OVDP may need to file a number of forms, including:

If you have any questions about voluntary reporting of foreign assets or streamlined compliance, John D. Teter Law Offices can help you make sure you are meeting your requirements and work with you to avoid any civil or criminal penalties. Contact a San Jose tax lawyer today at 408-866-1810.