U.S. Teams Up With Other Countries to Stop Offshore Tax Evasion 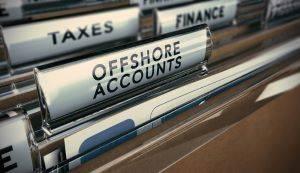 Taxpayers often make errors on their tax returns that are due to simple miscalculations or misidentification of assets and income. These mistakes rarely lead to criminal charges, and they can typically be rectified with help from a qualified tax lawyer. However, when a taxpayer or business makes a deliberate effort to avoid tax liability, this may constitute illegal tax evasion. Tax evasion is a serious crime punishable by up to 5 years’ incarceration and fines up to $250,000 for an individual or $500,000 for a corporation. In recent years, the Internal Revenue Service has dramatically increased enforcement of income compliance with regard to offshore accounts. The United States, however, is not the only country that is concerned about the increasingly common crime of offshore tax evasion. Recently, the U.S. was joined by several other countries in a “day of action” against offshore tax evasion schemes.

The Sixteenth Amendment to the U.S. Constitution and a number of other laws dictate Americans’ tax obligations. In order to avoid paying their fair share of taxes, however, some individuals and businesses transfer assets outside the United States and into offshore tax shelters. Tax evasion is a massive problem that is estimated to have cost the U.S. federal government $458 billion per year from 2008 to 2010. Tax evasion schemes occur in developed countries around the world.

In 2018, the Joint Chiefs of Global Tax Enforcement was formed by leaders in the United States, the United Kingdom, the Netherlands, Canada, and Australia to coordinate efforts to fight global tax evasion. The recent “day of action” occurred as part of an ongoing investigation into a financial institution in Central America that may be facilitating tax evasion and money laundering. The Joint Chiefs of Global Tax Enforcement have reason to believe that some taxpayers are anonymously hiding assets and laundering profits from criminal activities using this institution. Using interviews, subpoenas, search warrants, data analytics, and other intelligence, a great deal of information was uncovered about this institution and the activities taking place there. A number of civil and criminal actions are expected to result from the information gained during the investigation.

The IRS takes tax obligations very seriously. If you have been contacted by the IRS regarding an IRS audit or tax compliance issue, or if you are concerned about potential tax liability related to foreign investments, contact John D. Teter Law Offices. In his over 30 years of legal experience, San Jose tax attorney John D. Teter has helped numerous clients resolve their tax liability issues and avoid criminal charges. Schedule a confidential consultation to discuss your concerns by calling us at 408-866-1810 today.